Fashion. Style. Life. All wrapped up in a pretty little package. 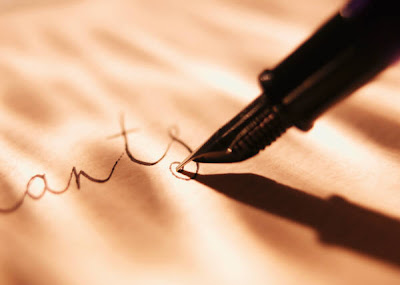 A few weeks ago while in Starbucks, a guy that I’d seen the last few times I was there came in, ordered, and sat next to me. He’d noticed me as well, so he struck up conversation, asking me what kind of work I did. I told him (personal assistant and blogger), and he asked me what did I blog about. I told him I had a fashion blog and he stated, “You’re not fashionable.” Taken aback, I quickly retorted, “Eh, well, fashion is subjective.” He stated that he didn’t believe in that. Before I could say anything else, he changed the subject. To my surprise, we had an interesting conversation over the next hour and exchanged emails. His words stuck with me, though.
Initially I was offended (I mean who does that?!), but I had to admit, I didn’t look my best that day. Not making excuses but I’d just gotten over a cold so I’d thrown on a dress that I typically only wear at home, was barefaced, and my freshly washed hair was poufy (it takes a day to “settle”), so could I be that surprised he made that assessment? Then I wondered, did he say it based just on that day’s look or was it collective of all of the other times he’d seen me? Am *I* not fashionable?
I immediately went home to watch a Devil Wears Prada*.
The staff ridiculed Andy for the first part of the movie because of the way she looked. While she was a pretty girl, she didn’t fit in aesthetically at Runway. During her interview, Miranda famously stated “You have no style or sense of fashion…” and Andy replied (or at least tried to) that it depended on your idea of what style is. But does it? Is style really subjective? Or, is that just a canned response people use when it’s called into question? In order to fit in, Andy, a simple assistant, got a makeover, with both her look and her attitude (the latter was more important but you get where I’m going with this).
The movie is a dramatization but realistically, in order to succeed in this world (a billion dollar industry that thrives on how people look), how “fashionable” must you be? In this industry-especially when it’s behind the scenes as a blogger, booking agent, editor, etc.- in order for your position to be justified in the eyes of others, is there a certain uniform** you must adhere to? If there is, does it mean you’re not stylish if you don’t (even on a coffee run???) If someone is not a fan of your look, does that mean you’re not stylish or incapable of delivering credible content?

Can there really be multiple definitions of style?

I’d love your thoughts.
*I also gave myself a clay mask and did my nails. What can I say, it got to me…
** From my personal observation, I’ve noticed two different looks at the forefront of “regular people” fashion right now: Glam (think the Kardashians) or Vintage/Hipster. The guy showed me a picture of his girlfriend and she fit the former. I love their style but it’s not my personal look but it spoke volumes about his statement.
Brands to Know | Boy Meets Girl®
Links à la Mode: The IFB Weekly Roundup | July 7th

3 Questions To Help You Redefine Your Blog’s Target Audience

Created by Kim Thomas, KPFUSION is a fashion and lifestyle blog that covers of the moment fashion, style and beauty tips + trends with a little Memphis, TN flavor thrown in. This is life through my lens.

Donate To My Brother’s Transplant Fund